Iran government seeks to boost investment in infrastructure for tourism. 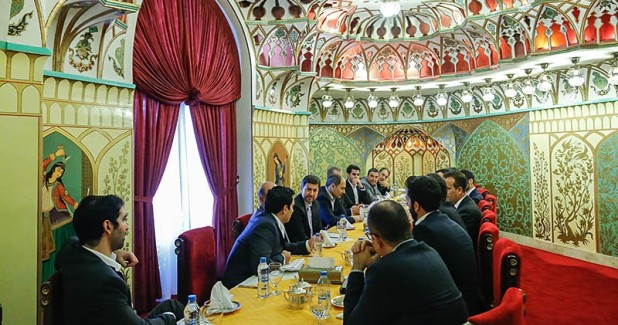 More than 200 Iranian government officials gathered in Isfahan between 20-22 February for the country’s first international conference aiming at public-private exchange to boost investment in transport and hospitality to satisfy an expected massive rise in tourism over the coming years.

“As Iran seeks to lower its economic dependence on oil, exploiting the incredible potential of tourism becomes a must,” said Ahmad Reza Nikkar Esfahani, CEO of Atiyeh Saba Investment Company, a subsidiary of the Civil Servants Pension Fund (CSPF), organizer of the conference. “This conference is a new chapter in training and upgrading the tourism, transportation and hospitality industries,” he added.

Atiyeh Saba owns the third largest Iranian airline, Iran Aseman Airlines and, among other business interests, has a controlling stake in the country’s largest hotel chain as well as the National Iranian Tanker Company, one of the largest petroleum companies in the world.

Deals announced at the conference included a memorandum of understanding between the renowned Swiss hospitality school Ecole hotelière de Lausanne and Atiyeh Saba to open a campus affiliated to the famous Swiss school in Isfahan.

Mahmoud Eslamiyan, Managing Director of the CSPF said that: “Opening what we aim to be a center of excellence demonstrates our commitment to provide a first-class academic education and open a new chapter in the hospitality industry not only in Iran but also in the region.”

Opportunities to develop sustainable inner-city and outer-city transports were also discussed at the conference, including plans for hybrid car systems. Isfahan’s Governor General Rasoul Zargarpour noted that an anticipated high-speed rail link between Tehran and Isfahan would cut travel time between the cities to less than two hours.

With the thaw in relations, the number of European tourists to Iran increased 240 percent in 2015 and with the country’s inclusion on recent “must visit” shortlists (coming in 16th on the CNN’s top tourism destinations for 2016 for instance) the trend is set to continue. Host to 19 UNESCO World Heritage Sites, Iran aims to quadruple the number of foreign tourists visiting the country to 20 million a year by 2025, bringing the value of the industry to £21 billion.

For this though, significant investments are needed in infrastructure, notably hotels and transport. Currently, Iran has only 1100 hotels and guest houses – of which 130 are 4 or 5 star hotels. Iran seeks to increase the number of four and five star hotels from 130 to 400 in 10 years, and has announced plans to build 7 new international airports over the next decade.

Over the last month, Iran has signed major deals for foreign investment in hotels, airports, aircraft and rail – notably with companies in France, Italy and China. The government has also unveiled an internal investment package of 1300 projects and low-interest loans to finance the building of hotels.